Management of peritoneal carcinomatosis of gynecological origin is challenging, despite the great progress in the fields of surgery, chemotherapy and immunotherapy, resulting in poor prognosis and low survival rates, in comparison with patients with parenchymatous metastases. The standard of care for advanced ovarian cancer patients with peritoneal metastasis (PM) is based on complete cytoreduction surgery (CRS) combined with systemic therapy. Hence, the response to systemic intravenous chemotherapy is poor, not only because of molecular mechanisms, but mainly because the drug penetration of systemic chemotherapy into the peritoneal metastases is low. Intraperitoneal chemotherapy has been proved to be an alternative approach for such cases [1].

Interestingly, systemic chemotherapy, often followed by maintenance therapy, is also the suggested treatment for ovarian cancer recurrences, although some selected patients seem to also benefit from a preceding secondary debulking. However, multiple lines of palliative systemic chemotherapy are usually the final management for patients with relapses, related unfortunately to significant toxicity depremising their quality of life while on the other hand no clear benefit has been demonstrated when they are applied beyond the third line [2]. It is therefore clear that alternative treatment options are needed for ovarian cancer patients with peritoneal metastases, recurrent disease or both, especially for women unwilling or unable to receive palliative chemotherapy. Intraperitoneal chemotherapy (IPC) has been demonstrated to be effective against peritoneal dissemination, although its indications are not yet fully clarified and its toxicity is also significant. More specifically, regarding ovarian cancer, the role of combined CRS with hyperthermic intraperitoneal chemotherapy (HIPEC) has been very controversial, despite growing evidence about its efficacy, mainly because of the high morbidity and mortality rates following these procedures [3]. In that setting, pressurized intraperitoneal aerosol chemotherapy (PIPAC), a new type of pressurized IPC, is a promising variant, aiming to achieve deeper perforation of the chemotherapy regimens applied in the form of aerosol into the peritoneum, being better tolerated and less invasive. The aim of our study is to review the data regarding the application of PIPAC on patients with ovarian cancer and peritoneal metastases, and evaluate the feasibility, safety and efficacy of the method.

Two independent authors (VP, AF) searched the literature up to July 2021 using the key words: (PIPAC) and (ovarian cancer) as search terms. The inclusion criteria were clearly specified and no discrepancies in the results were reported.

Our review included all studies presenting an application of pressurized intraperitoneal aerosol chemotherapy (PIPAC) on ovarian cancer patients. Animal studies, manuscripts presented in scientific conferences or studies written in languages other than English, German and Greek were excluded. 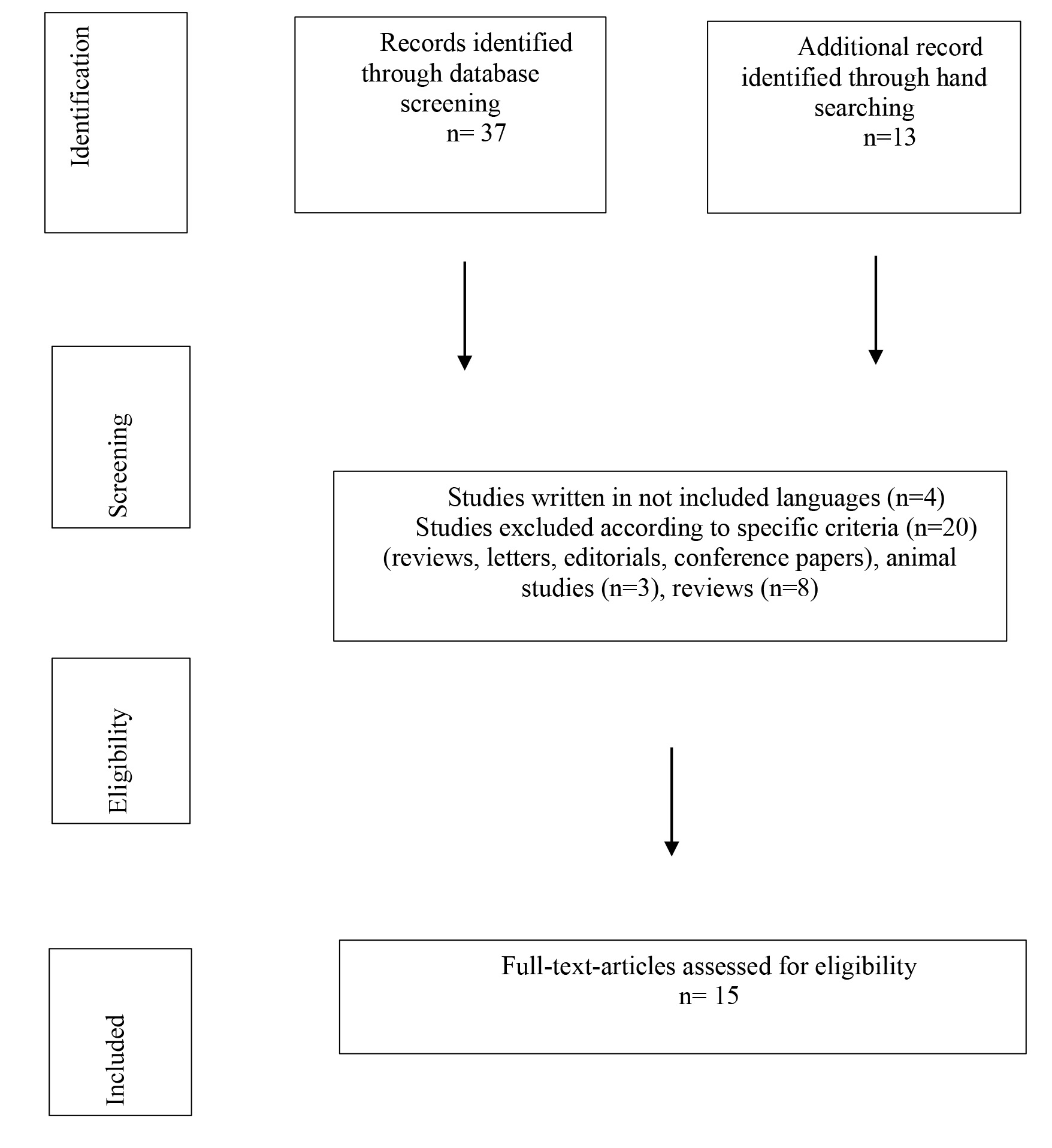 Table 1 summarizes the data collected from studies [2-15] referring to the application of PIPAC on ovarian cancer patients.

We evaluated a total of 235 patients, with a median age of 73.5 years old (60–84). 78 (33.1%) of the patients were treated because of recurrent disease. The median Peritoneal Cancer Index (PCI) was 17 (14–20) and the histological type of the malignancy was serous in 63 patients (26.8%), mucinous in 2 (0.8%) of the patients, 4 patients (1.7%) had other histological types, while 163 (69.4%) patients had recurrent disease and on the histology is not defined in the rest 3 women. Regarding the PIPAC application, the mean number of courses needed was 9 (6–13) and the mean hospital stay was 3 days. In the majority of the cases, a combination with cisplatin and doxorubicin was used, since it is referred to be applied on 117 (49.8%) of the patients, while the rest of the studies do not clarify the regiment used on the rest 118 patients.

Improvement was observed in the majority of the patients, since in 73 (31.1%) of the patients histological response was demonstrated, while in another 76 (32.3%) a PCI improvement was noticed. Only in 29 women (12.3%) the disease remained stable when 41 (17.4%) had a disease progression. Median overall (OS) and progression free survival (PFS) was 212.3 (102–331) and 144 (14–144) days respectively with a median follow-up period of 8.8 months (3–22). Quality of life was declared as satisfying by most women in terms of low toxicity and high rates of Quality-of-life-scores, which were described narratively in the majority of the studies.

Concerning the complications of the method, using the score of the Common Terminology Criteria for Adverse Events (CTCAE), major complications (CTCAE 2) were observed in 62 (26.3%) women.

It is without doubt, that the standard treatment for inoperable ovarian cancer patients with peritoneal carcinomatosis is based on systemic chemotherapy. However, the response rates after three lines of chemotherapy or even two lines when it comes to platinum-resistant recurrences are disappointing, mainly because of ineffective intraperitoneal distribution of the regiments and poor pharmacokinetics. Additionally, systemic chemotherapy is accompanied by high toxicity, tremendously reducing the quality of life of the patients [16].

PIPAC is a new approach of intraperitoneal chemotherapy offering augmented coverage of the peritoneal surface and deeper drug delivery into intraperitoneal tumor nodules, without the toxicity of systematic chemotherapy, since it requires almost the 1/10 of the drug dose. Among other advantages of the method, the fast learning curve and the possibility of co-administration with systematic therapy or as a monotherapy in multiple applications every 6–8 weeks. The application of PIPAC is a minimally invasive technique utilizing aerosol, instead of the classic liquid chemotherapy regimens, under increased hydrostatic pressure and was first introduced by Prof. Marc Reymond in Germany [17].

Currently, PIPAC is still being under evaluation as an experimental therapy either for patients with peritoneal carcinomatosis that are not eligible for systematic chemotherapy or for those who have already undergone multiple lines of chemotherapy and have been burdened with significant toxicity. Moreover, Tempfer et al. [5] have highlighted particularly promising results in cases of platinum-resistant ovarian cancer. In our findings, the median age is relatively high at 73 years, compared to other EOC studies, and it is more reflective of a geriatric age, indicating that PIPAC can also be offered as an alternative of a palliative therapy.

We reviewed the literature up to July 2021 in order to clarify the efficacy and safety of the method, with regards to its application in ovarian cancer patients with peritoneal metastases.

Based on our results from the analysis of 12 studies presenting cases of PIPAC application in women with ovarian cancer and peritoneal metastasis, PIPAC could be considered an effective alternative treatment for such cases, achieving a histological response of 31% and a PCI improvement in 32.3% of the cases, with a complication rate CTCAE 2 of 26.3%, which despite not being low, is however accompanied with no toxicity in the majority of the studies and excellent quality of life.

Tempfer et al. [13-16], meticulously studied the application of PIPAC in several women with ovarian cancer and peritoneal carcinomatosis. First, in 2015, they conducted a cohort study including 53 women receiving PIPAC with 33 of them achieving a histological response and 26 a PCI improvement, while OS and PFS reached up to 331 and 144 days respectively [14]. In 2018 [11], the same team presented a study where 85 women with peritoneal carcinomatosis were treated with PIPAC. 38 of them had histological response and 32 improved PCI, while in the previous year a 75 years old patient successfully received 13 courses of PIPAC against a recurrent serous ovarian cancer with notable tumor response [13]. In their latest study in 2018, 25 of the 27 women included, suffered also from recurrent ovarian cancer and a mean PCI of 20,4, however the application of PIPAC resulted in a PCI improvement in 15 of them [14].

Apart from the case report presented from Tempfer et al. [13], Solass et al. [15] presents a case of an elderly woman with PCI of 14 receiving 6 courses of PIPAC with cisplatin/doxorubicin and presenting histological response and PCI improvement with an excellent quality of life. Giger-Pabst also presents an 84-years old receiving 8 courses of PIPAC with the same regimens and histological response without any toxicity [4], while Alyami et al. [7] present 4 similar cases.

Cisplatin and doxorubicin combination is the most commonly used pharmacological regimen, applied to 117 (49.8%) of the patients. Interestingly, Sgarbura et al. [8] present the application of oxaliplatin in 5 patients with a mean PCI of 18, reaching an OS of 122 days. Lately, Siebert et al. [9] published a single center comparative study, where PIPAC was combined with systemic chemotherapy and bevacizumab in 21 women, impressively reaching a mean OS of 204 days.

Regarding the survival, it is unfortunately impossible to draw conclusions about PFS and OS in such a heterogeneous population. In our study we attempted to separate the survival times by primary vs recurrent EOC patients. Our findings suggest that the median OS of patients receiving PIPAC as a primary management reach 6.8 months, while when PIPAC is applied in OC patients with recurrent disease, the OS reaches 11 months with a PFS of 5 months.

To our knowledge, our study is the first so far, presenting the outcomes of the application of PIPAC on ovarian cancer patients. Our results indicate that PIPAC is a feasible and safe treatment option for well selected patients. Hence, before reaching safe conclusions, several limitations need to be considered. Firstly, the number of the included studies is small, resulting in a small total number of enrolled women. Secondly, the evaluated parameters are various and thus the heterogeneity of the included studies is wide. Additionally, the lack of specific data regarding the histological type of the ovarian cancer patients that are included in many of the studies is making conclusions difficult to draw. The majority of these studies reporting on survival did not stratify their results for patients receiving PIPAC as primary versus recurrence treatment, and some studies reporting tumor response did not provide definitions of response and progression.

Last but not least, all the included studies are retrospective or cases reports, since to this point no randomized controlled trials are running. Moreover, the efficacy of the method is not described by RECIST criteria, which were not reported in the retrospective data.

In conclusion, PIPAC presents the effort to provide advanced ovarian cancer patients suffering from peritoneal metastases or relapses and unable or unwilling to undergo systemic chemotherapy or beyond the third line of it, an alternative management that is effective, safe and associated with lower toxicity and higher quality of life. Large clinical trials are warranted to establish the indications, the eligible regimens and the optimal dose as well as the number of courses needed.

We would like to thank all the reviewers for their opinions and suggestions.

The authors declare no conflict of interest. Christos Iavazzo is serving as one of the Editorial Board members of this journal. We declare that Christos Iavazzo had no involvement in the peer review of this article and has no access to information regarding its peer review. Full responsibility for the editorial process for this article was delegated to Enrique Hernandez.